We are many each one of us

In each of us there is a continuous struggle. Some voices pull you in one direction, others try to pull you in another. Opposing voices, fighting each other inwardly, prevent us from making a decision. We are divided. The mirror shows a picture of an unintegrated part that we prefer not to see. It seems ugly and unpleasant. The energetic anger explodes and manifests itself in external conflicts. Each of the voices tries to dominate us. Many arguments can be found for each pole. On one day we feel like that, on another completely opposite. One of the parts comes to power. The explosion is just before the climax. Not much is missing anymore, then the inner struggle destroys us. The inner world is reflected in the outside. Often we find a pile of broken fragments. Our life ends in a seemingly insurmountable struggle.

The inner struggle cannot be defeated by the dominance of one part. It can only be dissolved by the integration of unloved parts and lead to a higher self. Human evolution is satisfied.
Everyone knows this feeling of attraction or repulsion by the qualities, actions and qualities of others. The truth is that all this is just a mirror for our own qualities and qualities. We have buried these parts of ourselves deeply, we have repelled them because we have been told that they do not fit into the normalized social life. Anger, fear, hatred, envy were not rewarded by recognition. Courage, rebellion, obstinacy, sexuality were dampened – not to attract attention, but to run along well. But these forces cannot go anywhere. They are in us, they are there, they are active. Another person who has these qualities only resonates with us because these parts are in an inner struggle.

In deep meditation – over days – Atman has brought his demons into his field of consciousness. The non-integrated inner heroes and anti-heroes fight for the attention of the mind. When he saw Kali’s abstract expression on this canvas, it was clear to him that his inner struggle was taking place here. He therefore brought the suppressed qualities of childhood to this canvas in the form of comic figures and used forms that already existed. Each of the figures were pre-defined by Kali’s abstract expression on the canvas.

On the right side of this work we find the “heroes”, while on the left side the dark shadows of the ego attack. 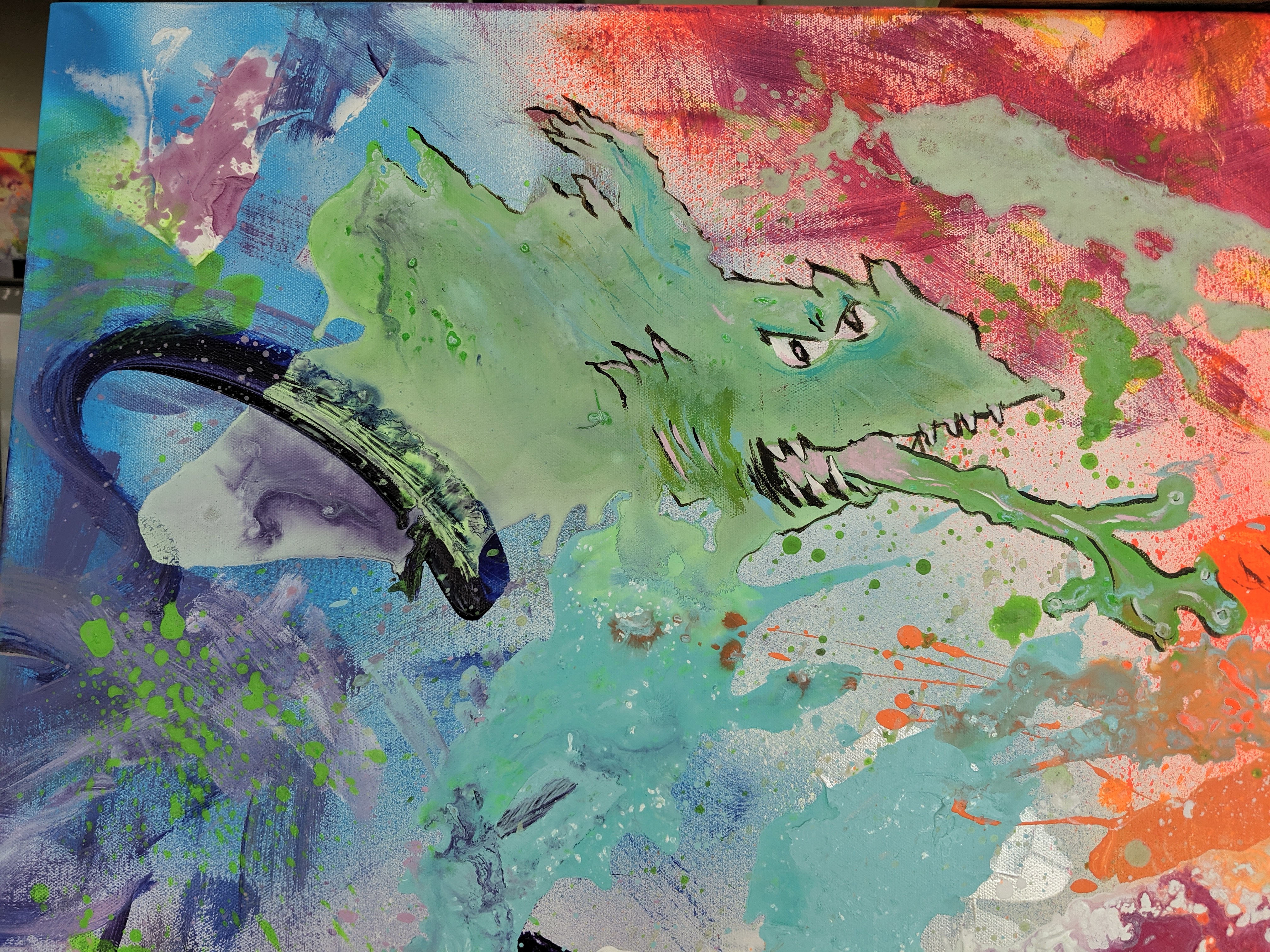 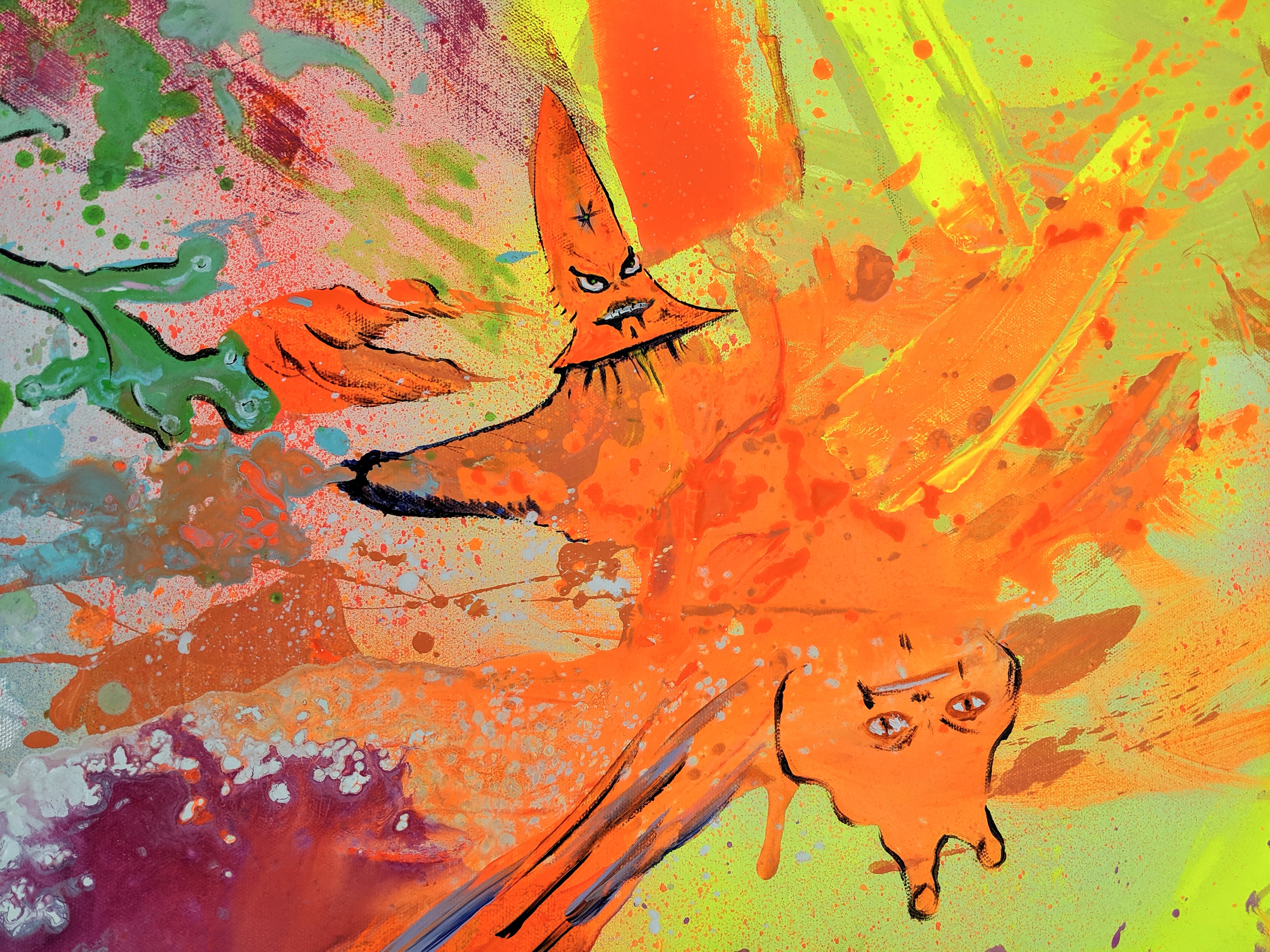 Integration is already in full swing. An irreversible process. Soon consciousness will assemble the forms into a big whole and unite all the initially contradictory aspects into a holistic being…but until then the inner struggle is going on. 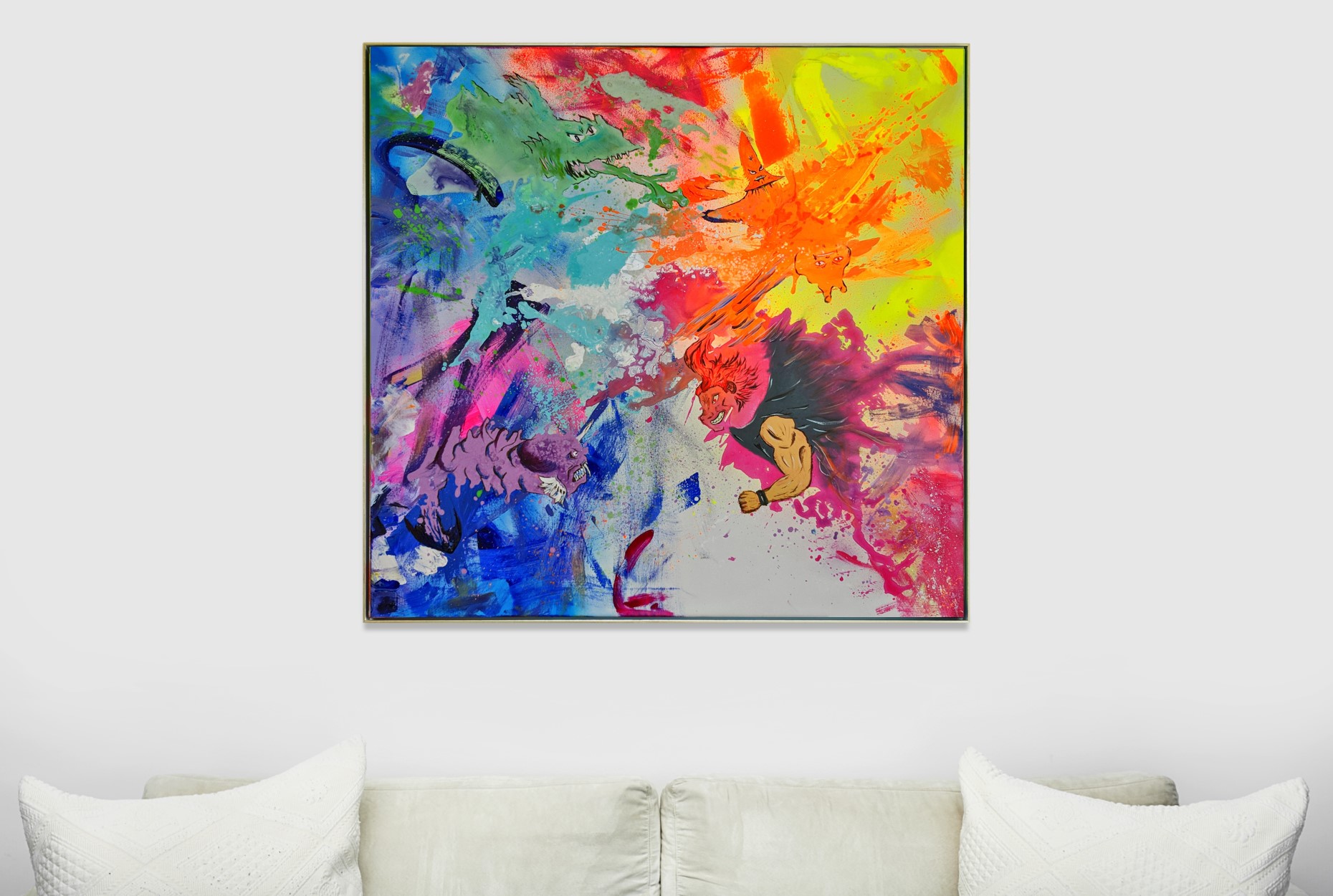