Gold in the shadow

In our shadow there are some hidden things. As Carl-Gustav Jung put it, we push everything that does not serve our socialization into the so-called “shadow”. It is thus the other side of our ego, our persona, that interacts in this world. While the ego unites the socially beneficial qualities of our being, some other qualities slumber in its shadow, of which we are often unaware.

Where there is darkness, there is light. One cannot exist without the other. Thus we carry in our shadow not only characteristics with negative connotations, but also hidden talents and abilities, which were not encouraged or even suppressed at the time of our socialization at an early age.

For us, this work symbolizes this gold, which lies hidden in the shadow. The golden accents play with copper-coloured gradients and bring the light into darkness, if we allow it. 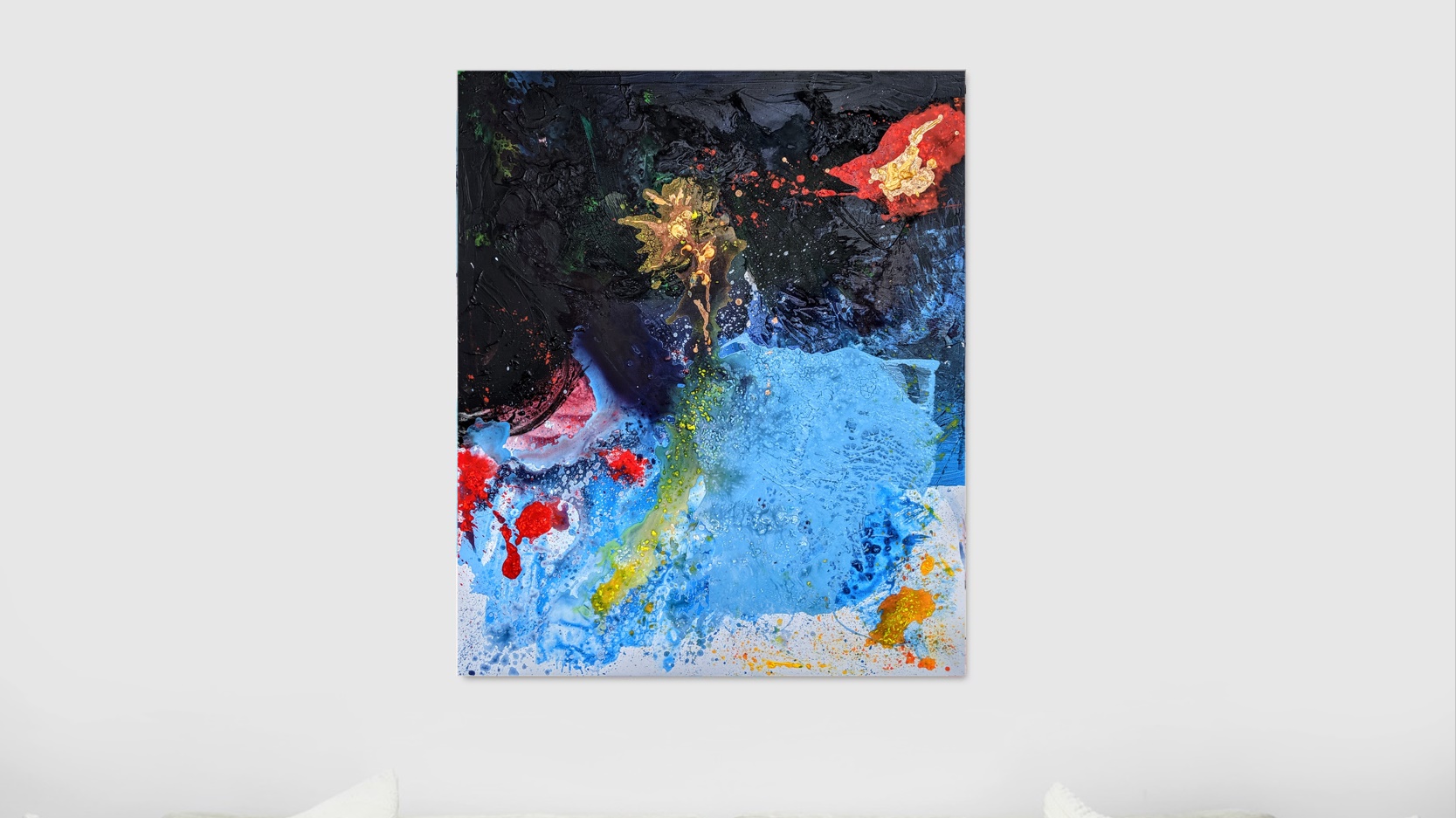 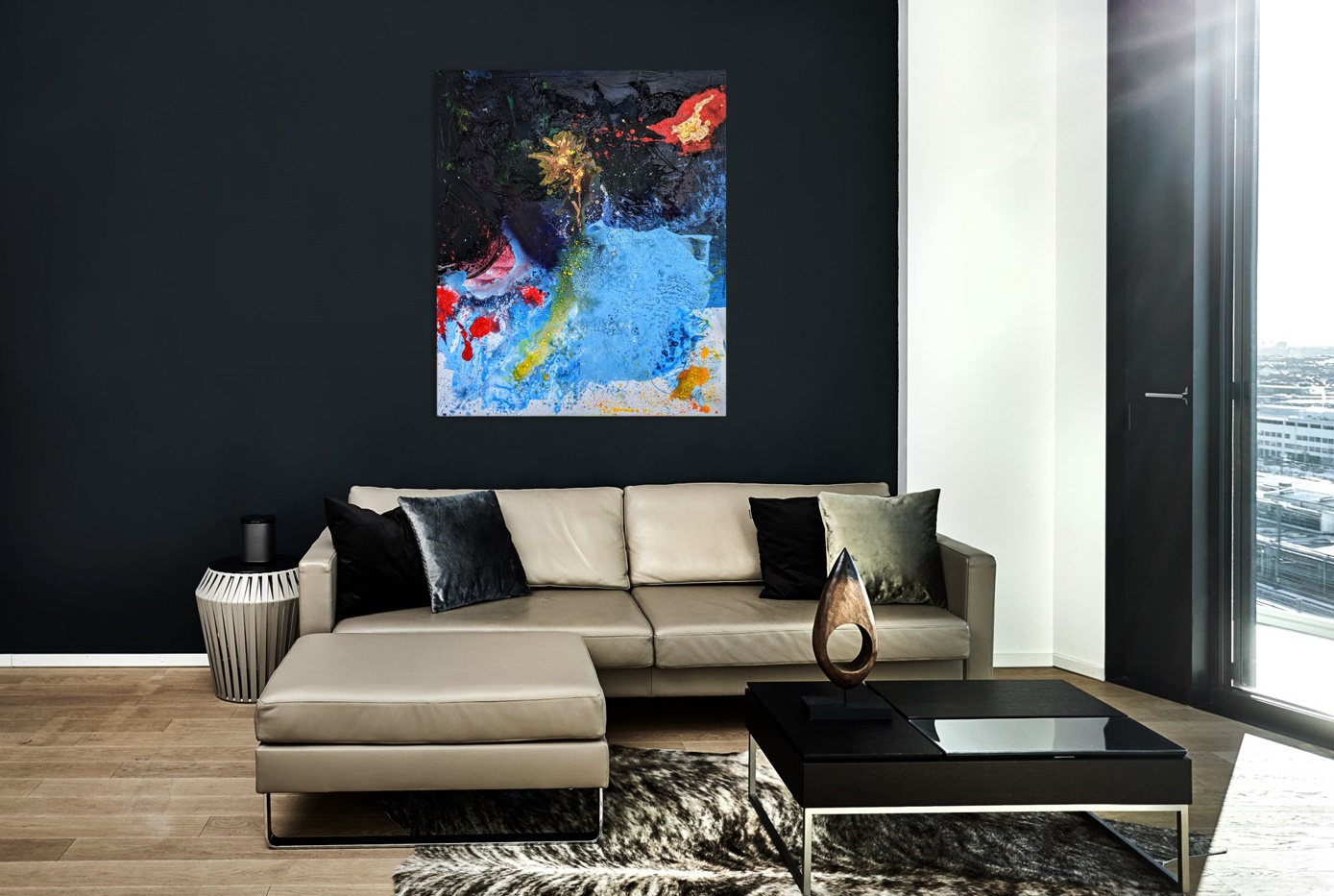 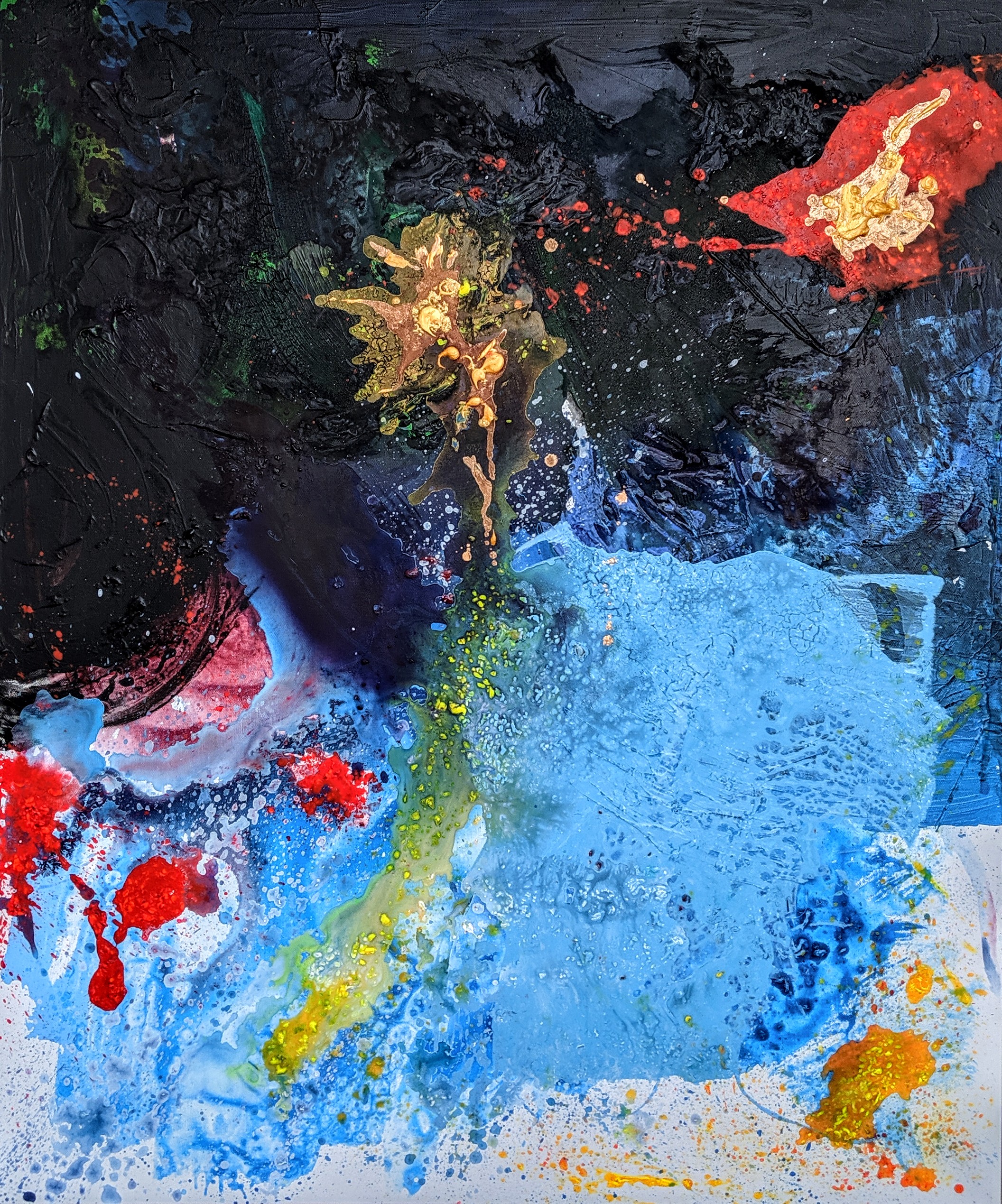